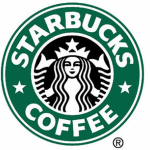 1,125 Edits since joining this wiki
May 12, 2013
27 Discussion posts
(Difference between revisions) |
1
Message Wall:StarTrekkie47

Hey! I'm StarTrekkie47, and I am a sort of normal person on this wiki. I LOVE Gravity Falls, Star Trek, Homestuck, and a bunch of other fandoms too.

I love to sing, and I was in the Michigan 2012, 2013, 2014, 2015. and now 2016 All-State Honor's Choirs. I also love acting, and WishKat can tell you about all the plays and musicals we've been in together. Especially the one where she was a makeup-powdered judge to fairytale characters.

I am a tall freak at now 6' , which isn't as glamourous as you may think. Sure, I can reach tall items on a shelf, but I will never be able to cosplay some of my favourite characters. *cri*

And if you are wondering, the song on my profile is "Nililli Mambo" by Block B. It's featured in one of my FAVORITE Homestuck videos, and it is SO fun to dance to. Not like...I dance...when nobody's around...or anything...*cough*

Retrieved from "https://gravityfalls.fandom.com/wiki/User:StarTrekkie47?oldid=427946"
Community content is available under CC-BY-SA unless otherwise noted.