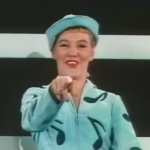 Hi, Greg. That is not the {{Username}} template. I actually typed your name there. Because I think of you all the time. You specifically.

4. The Legend of the Gobblewonker

7. Dipper and Mabel vs. the Future

9. The Hand that Rocks the Mabel

These are a few of my favorite quotes

A- = Episode is good with some minor flaws

B+ = Episode is good but with some major flaws

B = Episode isn't bad, but isn't good either

B- = Episode is okay with some flaws

C+ = Episode is bad but with some redeeming quality

C = Episode is bad with little or no redeeming quality

C- = Episode has veered into a negative quality not often found in this dimension.

D+ = Episode makes you want to use that memory gun from "Society of the Blind Eye" to erase any memory associated with it.

D = Episode makes you want to commit suicide because you know in your heart the memory gun cannot quite erase the horrible scars this episode has left in your brain.

D- = Episode saves you the trouble of commiting suicide because watching it actually causes death.

The Legend of the Gobblewonker = A

The Hand That Rocks the Mabel = A

Dipper vs. Manliness = B+

The Time Traveler's Pig = A

Land Before Swine = B

Into the Bunker = A

Soos and the Real Girl = B

Little Gift Shop of Horrors = B+

Society of the Blind Eye = B-

Dungeons, Dungeons, and More Dungeons = A-

Dipper and Mabel vs. the Future = A

Weirdmageddon 2: Escape From Reality = B-

Weirdmageddon 3: Take Back The Falls = B-

Retrieved from "https://gravityfalls.fandom.com/wiki/User:Mr_B_Natural?oldid=542833"
Community content is available under CC-BY-SA unless otherwise noted.