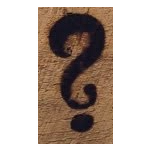 The end of Gideon's commercial

Void where prohibited, no C.O.D.'s accepted, the letter "p" in the word psychic is silent and used for entertainment purposes only. If unsatisfied, please return unused portion for a full refund. Side effects may include but are not limited to: prosperity, wads of cash, fun at parties, tight pants, 6.2% APR, no money down! Psychic readings may cause a warming sensation in the abdomen. If pain persists, consult your physicist immediately. Carla, I've always loved you but I never had the guts to say it.

Let it here be recorded...Nathaniel Northwest, famous in his native Gravity Falls for standing in the park and hitting himself with a large boating oar until he blacked out, was chosen to become the patsy mayor of Gravity Falls. Northwest spoke in a series of grunts and and screams and often yelled his trademark phrase: "I am going to eat this entire oak tree because I am a powerful wizard!"

The fabled founder of Gravity Falls was, in fact, a fraud. His last moments on Earth were spent choking on a piece of bark, attempting to live out his beautiful dream. He was hated by everyone that knew him. He will not be missed.

Other hidden historical truths include:

Thomas Jefferson was actually just two kids in an overcoat standing on each other's shoulders. The current and forever President of the United States is actually Santa Claus.Under the reign of Mr. Claus, America is not a democracy, but a jollyocracy. The statues in Mount Rushmore are actually gigantic presidential-faced robots that will be called into action when America needs them the most. An enormous, evil, time-devouring baby from another dimension is frozen in an Antarctic glacier. Fortunately glaciers never melt, so we should be fine Writing jokes for cartoons is more important than sleep. If you recite the pledge of allegiance backwards, you'll gain secret wizard powers! (This one is true, kids! Try it at home!)

The true founder of Gravity Falls was:

Retrieved from "https://gravityfalls.fandom.com/wiki/User:Mooimimi?oldid=485469"
Community content is available under CC-BY-SA unless otherwise noted.