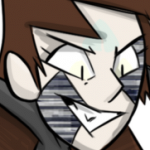 Reality is an illusion caused by lack of Gravity Falls

Wanna play a game?  Here's a couple I helped with:

Something is very wrong with the universe right now. I don't know how to describe this. I had only been a Gravity Falls fan for a week before I realized... it.If I tried to explain, you'd think I was some crazy person. I know what I saw. You know how every once in a while you think "I wonder if this works in real life" and you try it and it doesn't do anything? Not with me. Looking for secret codes on the side of arcade games? I found some. That "magic" rock I found? It didn't do what I wanted it to do, but it did make half my face go numb for several days, as well as screw up my dreams. Not to mention the other... not-really-coicidence coincidences. *shudder* Having the alchemal symbol for air appear on your chest isn't too good either. Visions, being attacked by a ghost, dreams predicting the future, usual junk.  But honestly, it all started with that stone. That perfectly triangular stone... Read My Fanfiction: The Hirsch Phenomenon   Screw all this. I'm done

North of Normal, West of Weird

SCREW DIS SHIZ. I HAVE A STUNFISK

Retrieved from "https://gravityfalls.fandom.com/wiki/User:Mf99k?oldid=216426"
Community content is available under CC-BY-SA unless otherwise noted.