View source
watch 02:07
Spider-Man: No Way Home Trailer Dropped - The Loop
Do you like this video?
Play Sound

Gravity Falls Panini Stickers are a series collectable stickers + sticker album based on the series. The stickers were released by the Italian company Panini and it was first released on March 11, 2019.

The stickers were released in March 2019 for the Chilean, Italian, Portuguese and Brazilian markets. They are for sale in these countries and worldwide online. So far, no English releases are planned or released.

The set consists of an album of 24 pages filled with the main storyline of the series. Every page is filled with tekst and blanc images. The stickers (who are sold 5 per-package randomly and separately from the album) each have a certain number and must be placed on the blanc places to form a fully filled and illustrated album. There are a total of 180 stickers who must be collected to complete the album.

This llustrated book inspired by the world of imagination in the Disney series tells the adventures of Dipper and Mabel Pines. Two twins currently living in the mysterious town of Gravity Falls.

Gravity Falls is a city full of intriguing mysteries and it is there that the 12-year-old twins, Dipper and Mabel, go to spend their summer holiday with their Uncle Stan, owner of the Mystery Shack.

With a love for unraveling puzzles and cryptography that, together, deal with cases of gnomes, zombies, unicorns and much more in search of the identity of the “author” of the lost diary, the adventure is guaranteed.

The animation also features the characters: Stanford Pines, twin brother of Uncle Stan; Soos Ramirez, assistant to the Mystery Shack; Wendy Corduroy, a girl who works part time in the cabin, and Bill Cipher, the most dangerous character in the series!

The adventures of Dipper Pines and his twin sister Mabel are now available in an incredible exclusive sticker album with 180 self-adhesive stickers on 24 pages full of lots of fun to collect and exchange. 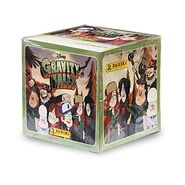 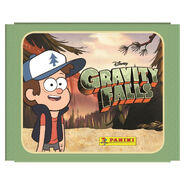 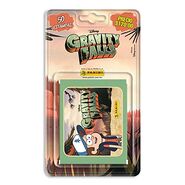 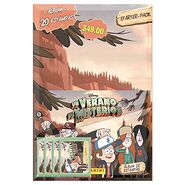 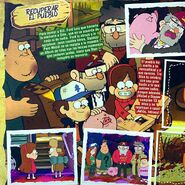 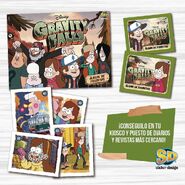 Spanish commercial for the stickers. 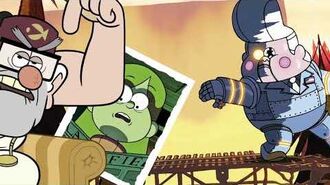