Gravity Falls Wiki
Register
Don't have an account?
Sign In
Advertisement
in: Songs, A to Z
English

My Name Is Mabel

The "Gravity Falls Main Title Theme," composed by Brad Breeck, is the opening theme song played over the title sequence to Gravity Falls. The official theme song is available on iTunes for $0.99.[1] Beginning with "Northwest Mansion Mystery," a shortened version of the theme is used in episodes that are longer than usual episodes.[2] The "Weirdmageddon" episodes uses a corrupted version of the song.

This is the regular main title used in every episode of season 1 and most season 2 episodes. It's 41 seconds long and plays right after the cold opening.

A shortened version of the main title —15 seconds long instead of the regular 41— is used in episodes that are longer than usual.[2] These are:

The Weirdmageddon story arc episodes use corrupted versions of the theme song, along with apocalyptic opening sequences showing the destruction and weird changes Gravity Falls suffers during the event, like an up-going waterfall or Paul Bunyan's statue coming alive, and many Bill images and references.

"Weirdmageddon Part 1" uses an opening sequence replacing every single main character with Bill and his friends. In this apocalyptic version, Dipper is the only character normally in the opening screen that still appears: he's seen as a human skeleton wearing the blue and white pine hat that appears instead of the normal horned monster skeleton, even if only as a resemblance. Bill Cipher's page is seen with a hole where Bill's picture should be, nodding to the fact that he has finally entered Gravity Falls' world.

In "Weirdmageddon Part 3," during the Shacktron's battle against Bill's Henchmaniacs, an extended rock version of the song featuring an electric guitar solo is used.[3]

Textless Version used in some area

In some areas, the opening title was changed with text-missing. For example, in Germany (S1E1-S1E13) and Italy (S1E1-S2E9), the following were removed and kept blank:

In France, a textless version was used after adding the following:

What probably caused this is that Disney wanted every version had their own languages on the opening, but few did.

A demo reel of music for the show was released in 2011 by Dan Cantrell,[6] with singers chanting the title of the show. The demo was 3 minutes and 44 seconds long. It can be assumed Dan was asked to create the demo as he had made music for The Marvelous Misadventures of Flapjack which Alex Hirsch worked on too and was therefore given the offer to. The demo was later disposed of in favor of Brad's work. At some point the demo was taken down from Dan's Vimeo page and was thought lost, until it was rediscovered on a foreign website and reuploaded.[7][8]A snippet of the demo was also uploaded in 2014 by the vocalist for the demo, Pilar Díaz. [9]An upload on YouTube of the demo from February 2012 was also rediscovered, making it one of the first Gravity Falls related videos ever posted online.[10]

Neil Cicierega also made two theme songs for the show. [11][12][13] One was an instrumental and the other lyrical.[14] These were not used in favor of Breeck's work.

In addition to these, a demo of the regular version of the song, which featured a different melody, was showcased in Brad's original video about how he made the theme. In 2020, the unnamed version was found in the ProTools session of the theme song which Brad released. It was uploaded to YouTube that can be listened to it here.[17][18]

"You Made Me Realize" misconceptions 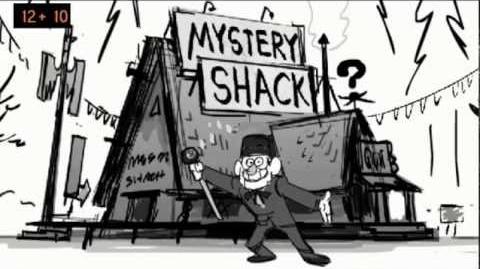 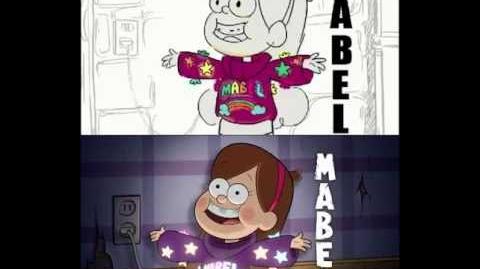