Gravity Falls: Lost Legends is the first official Gravity Falls comic with new original content, released after the series' end. It was announced at D23 on July 14, 2017, at Alex Hirsch and Daron Nefcy's panel promoting Gravity Falls: Journal 3 and Star and Marco's Guide to Mastering Every Dimension, respectively.[4][5] It was released on July 24, 2018.[3]

The book is presented as a series of stories told by Shmebulock, who was placed under a warlock's curse to say his own name, but every thousand years, is able to speak coherently in English. He tells the audience four stories and at the end, goes under the warlock’s curse again. He claims there is a big secret in the book.

Soos brings a bunch of comic books to the Mystery Shack, but Grunkle Stan locks them away in Ford's cursed chest. In a fourth-wall breaking twist, Stan finds himself trapped in a world of comics, so Dipper, Soos, Mabel, Ford and Wendy go into shifting comic styles to rescue him.

In the aftermath of Weirdmageddon, the Pines family wander through Gravity Falls to see if there are any dimensional rifts left over. While playing with Waddles, Mabel finds herself sucked into the multiverse, where she finds herself among many different Mabels. One Mabel tried to go home with the Pines and leave the original at home.

Sometime in the 1960s (or "1960-something"), young Stan and Ford attempt to catch the Jersey Devil. They are suspected of stealing Filbrick's precious medal.

The Barnes & Nobel version of the book has an extra chapter, titled Soos's Comic Corner, narrated by Soos. It includes 16 extra pages of behind the scenes sketches and notes, detailing many of the pages, and exploring secrets within them.

Some cryptograms form a message, “TO FIND A SPIDER SEARCH THE WEB.” The table of contents provides the page: www.disneyxd.com/shmeb-you-unlocked

References to the series 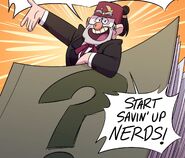 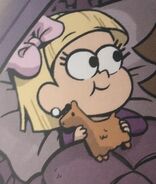 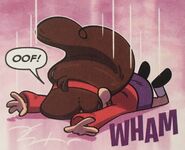 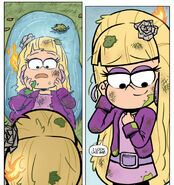 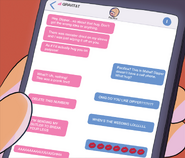 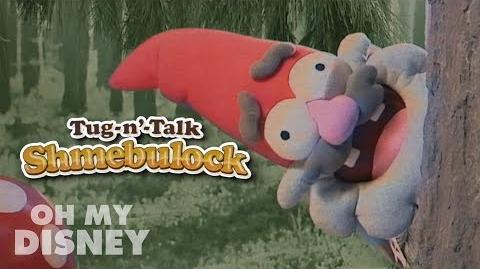 Retrieved from "https://gravityfalls.fandom.com/wiki/Gravity_Falls:_Lost_Legends?oldid=553680"
Community content is available under CC-BY-SA unless otherwise noted.