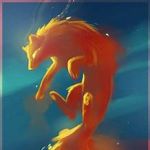 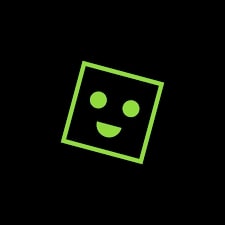 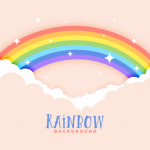 Everyone knows about the theory that Bill Cipher is still alive and kicking, but that creates lots of other questions and paradoxes.

Here's my theory, Stan obv got all his memories back, with those memories, Bill came back too. But, if this is true, it's either he randomly respawned in some random area on earth (I'm not ready to accept that ALEX HIRSCH of anyone make it that simple), or maybe he is still inside Stanley's head. Suppose this is true, after he handed the Shack to Soos, he left to go on adventures with his brother, Stanford. Where were they headed to first?, well the show is kind enough to tell us that Stanford had detected some unknown anomaly near the Arctic, hmmm, strange to think that an anomaly would just randomly appear out of nowhere. Unless, Bill somehow spawned it or maybe caused it to appear, I don't know if he would do this alone or with some help, since he's trapped in his dimension by the end of the show, but he did it to isolate Stanford and take the secret equation to get by Gravity Falls' Natural Law of Weirdness Magnetism. So, both the brothers are on the "Stan 'o War II", Stanley in his possessed state asks him the equation, the unaware Stanford tells him. With no more need of Stanford, he drowns him in the sea, with Stanford out of the way and the journals burnt to ashes, no one is able to stop him, he tricks another fool to let him out of the mindscape and into their dimension, starts Weirdmaggedon 2.0 and takes over the universe.

Yeah, he's basically unkillable at this point lol. Anyway tell me what you think.

I know the shackatron thing isnt on the full version and only on the part one part two version but where can you watch gravity falls with the parted version I know hulu dose not have it but im wondering if disney plus does.

I'm pretty sure this guy might be a ghost of Bill Cipher. I noticed several things:

Can manipulate objects (Bill can't do that)

Anyone know if there is gonna be anymore gravity falls comics? Wondering if the show is being continued as a comic book series like adventure time and Atla. After lost legends, content has kinda been lacking and Im praying they continue the show in comic form. If anybody got any info about future gravity falls books/content in general (besides the non-canon stuff being made by disney) comment below.

I might be going crazy because of the quarantine, but wasn’t Dipper in the forth Weirdmageddon? I just recently rewatched Gravity Falls on Disney+, and Dipper’s in Weirdmageddon 4, but the wiki page on Dipper says his last episode was Weirdmageddon 3.

His sibling is the deuteragonist.

Had a crush on a taller girl.

Except a few things so probably not...

But very similar to Mario.

I say nine and not ten so that Soos is working at the mystery shack already (at 13 years old). I think this would lead to some fun scenarios. I just imagine three year old Dipper doing the Lamby Lamby Dance and everyone claps except six year old Robbie, but six year old Wendy elbows him. With the adults, things aren't that different, because they would just be younger adults. I also imagine Dipper reading the journals haltingly, word by word, sounding out the long hard ones, asking Wendy what a word means when he doesn't understand, and Wendy, trying to look like she knows and telling him the wrong definition. I just think Gravity Falls nine years earlier would be so adorable.

(edited by GMOpotato)
same voice actor as earl of lemongrab and morty form adventure time and rick and morty
(edited by Piggyfan100)
Blendin Blandin
This post is locked.
so dipper pines agrees with bubbles crying according to the powerpuff girls my version.
(edited by Patrickreuploaded)
Dipper Pines

I mean it literally has 0.1 stars, probably because of the young viewers but still.

(edited by BryceTheFox)
Soos and the Real Girl

Gompers and Waddles are both guys. Mabel has revealed that they are married. Does that mean that Gompers and Waddles are gay for each other? It might work differently for goats and pigs, but I think that this means they're gay. Plus, it's not Gravity Falls' first gay characters (Sheriff Blubs and Deputy Durland).

Ever since I saw this theory, I thought I would go ahead and share my thoughts about it. Being a Gravity Falls fan myself, I would have to point out that I would be a bit biased, but this is just my opinion, so take it with a grain of salt.

If this theory would end up being true, i would be absolutely ECSTATIC to see Bill's return. It would be really fun to see him again, and watch the main cast react to his crazy (most likely almost-apocalyptic) antics. If the theory that King is himself Bill's re-incarnation is true, then that would be an interesting chance to see some character development from the 'Dreaded Dorito'. Sadly, I'm not sure if this is where things are going with the series, but I choose to remain open to the possibility that it MAY happen. I HAVE noticed some things that connect to Bill, including the fact that the symbol on the Conformitorium gaurds, and Warden Wrath's uniforms is a small yellow triangle, and so is the insignia on the Emperor's coven flag. Not to mention all the eye imagery, and the focus on demons and powerful magic. COULD Bill make a return somehow in the Owl House series? Maybe. Is he GOING to? Well, we'll just have to wait and see.

Hey guys, my name is Luren2.0. I'm sure we haven't met before but I wanted to start is dicussion. What dere type if GIFfanny??? Well, let me tell you guys right now. GIFfany is yandere. How's she a yandere, well let me tell you. So, you guys know every time GIFfany feels ingored she ends up being violent? That's is what a yandere does. And she does have yandere tendencies if you guys were wondering. If you guys don't know what a yandere is, go to this link below:

Have and question, make sure to DM me on here. Thank you and have a nice day :D

(edited by Luren2.0)
.GIFfany
When Dipper's voice is heard narrating in the beginning of the episode, the scene opens on a picnic and a man is seen grilling a burger, who's name is soon after revealed to be Hank, asking his wife if she wants cheese on it, even though she already has one? The frame moves on to two children who appear to be a younger version of Dipper and Mabel and then to Hank's wife sitting at a picnic table with other adults. You can clearly see that Hank resembles Dipper, Stanford and Stanley while his wife resembles Dipper and Mabel. However, these two are also seen multiple times throughout the series, and are seen on a boat with a young boy who's name is not revealed, and is identified as their son. It's a bit of a coincidence for there to be two adults who look almost exactly like the Pines Twins, in Gravity Falls. I just think it's kind of odd that these two are seen in the beginning with Mabel and Dipper seemingly as their parents in the beginning and then another boy's parents, maybe they were never meant to be seen as the parents of the twins, but if that's so then why make them look so much alike?
(edited by TresorJ)
Mr. and Mrs. Pines

Hypothetical Scenario- Alex is fed up with everyone asking for a season 3. "You want a season 3? Oh, I'll give you a season 3... it will be the WORST season 3 EVER! THEN YOU'LL BE SORRY! Mwahahahaha!" What is this worst season 3 ever like? I'm curious to see what you come up with. 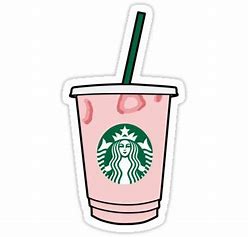 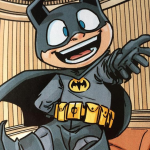 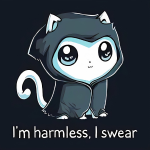 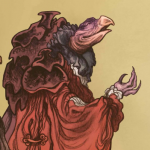 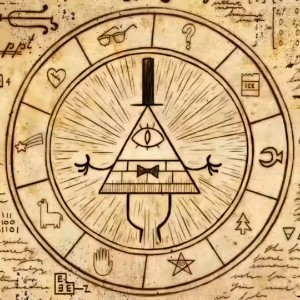 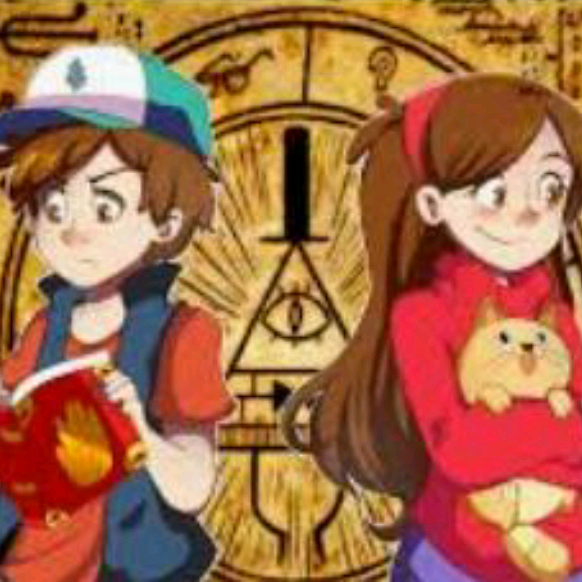 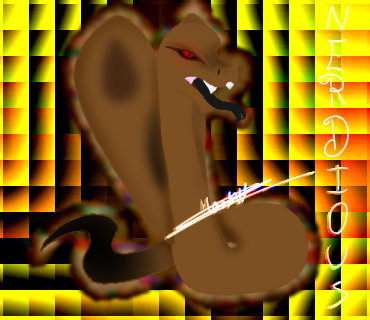 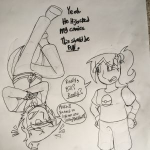 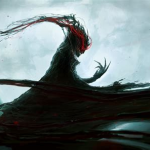 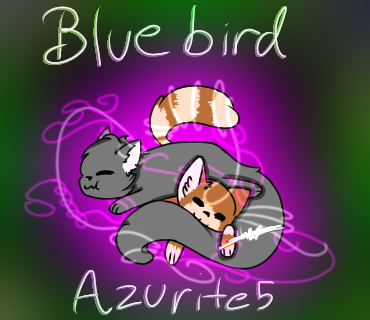 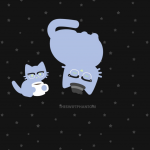 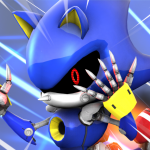 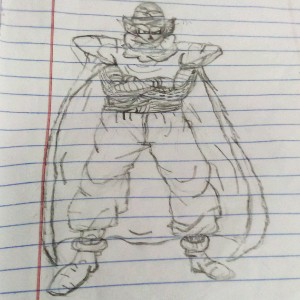 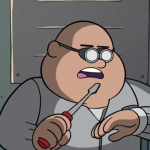 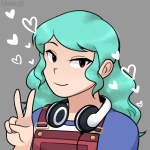 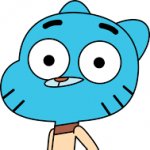